And ye shall know the truth and the truth
shall make you free. — John 8:31

The weather was stormy and the young men were bored. They had no electricity, so the only thing for them to do was to listen to tales.

As one story unfolded, Brittiany, a young very attractive woman had married Jeremy, who was 40 years her senior. She loved Jeremy, was faithful to him and was an upstanding mother to their children. 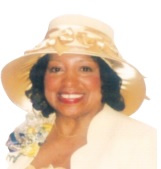 On a sunny Saturday afternoon, Jeremy and the children had gone to the market. After seeing them off, Brittiany thought she would take a long-peaceful nap. She fell asleep, only to be awakened by two elderly men who had broken into the house and threatened to violate her body . They said if she screamed, they would shout louder and because they were powerful and highly respected, the court would believe their story — that they had come to visit Jeremy, the front door was ajar, they knocked and then walked into the house. That’s when they caught Brittiany and a young man in the very act.

They told Brittiany she was certain to be excommunicated from church. Because their story would be so convincing, her husband would believe them and she would be put to death. She had better cooperate if she knew what was good for her.

Brittiany deeply regretted not having gone into town with the family as they had insisted. She knew her husband would probably believe these elderly men as he was very jealous of her. Now here she was! It would be her word, with no witnesses, against these “lawabiding citizens’ word.” She felt the Holy Spirit tugging within her insisting that she tell them she would rather risk death than to give in to them and lose favor with God.

Brittiany screamed and the old men screamed along with her. When neighbors rushed in, the elderly men reported “the lie’ as they said they would. They said the young man was too strong for them to subdue, so he got away. Everyone believed these men. Jeremy wouldn’t listen to Brittiany’s side of the story. He believed Brittiany had a young man on the side and was finally caught by these “God-FearingvHumble Gentleman.”

As it turned out, the town’s judge was sick and could not appear , so another judge substituted . Since this substitute judge had no favorites, he sought the truth.

He asked each elderly man to write down on paper through which door did Brittiany’s lover escape. One elderly man wrote, “through the front door” and the other wrote, “through the back door.” When their answers were read in the courtroom, everyone knew they had lied against Brittiany. Immediately, the crowd rose up against these liars who ended up suffering the same punishment they had tried to inflict upon Brittiany. Hallelujah, the truth was uncovered and Brittiany was free.